Each for Equal; Championing Workplace Diversity and Inclusion 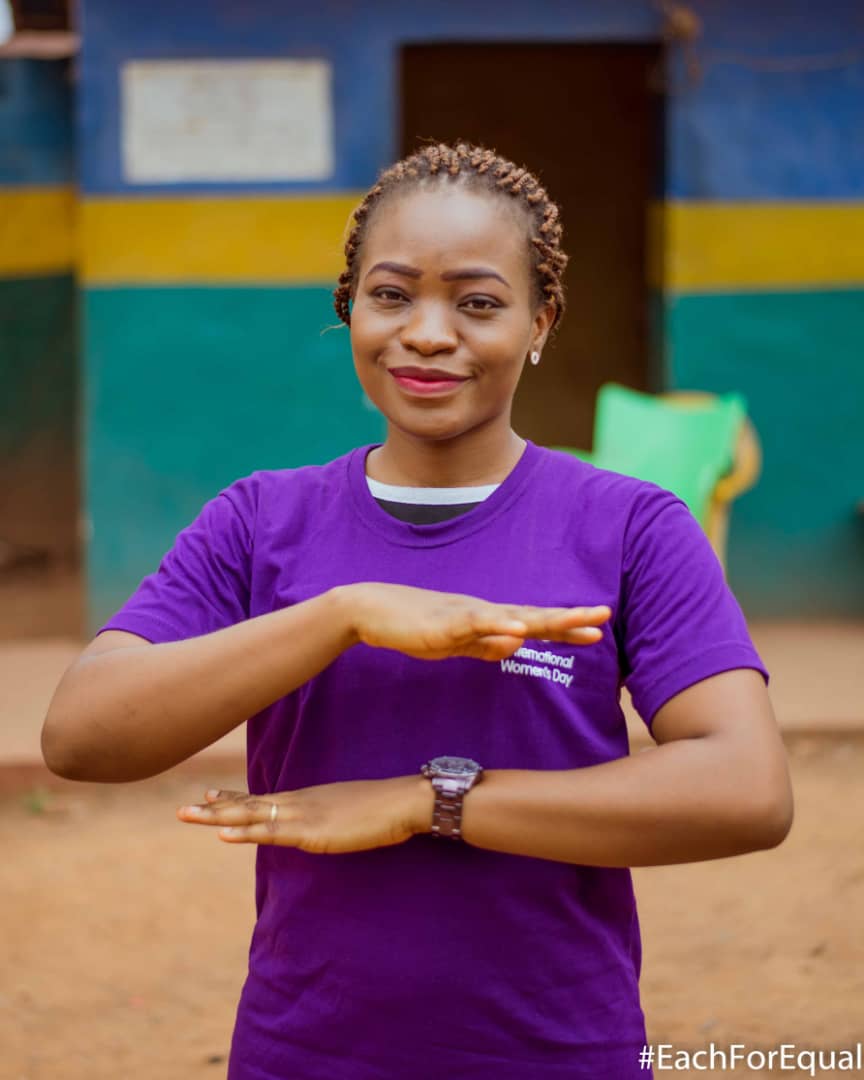 -
5
In commemoration of the 2020 International Women’s day, the organization led by her co-founder Ginikachi Onyenukporo, held a lecture on the topic “Each for Equal, championing workplace diversity and inclusion” for members of the Ogui Police Station, Enugu Division on 11th March 2020. Women all over the world face workplace bias, stereotypes and other gender-related problems in the workplace. Although bias is not gendered specific as both male and females experience one kind of bias or the other. However, bias against women makes it difficult to get hired, raise a family or even get promoted. 1 out of 4 women believes their gender has prevented them from getting to where they ought to be. The Nigerian Police Force is predominantly dominated by men. Out of 371,800 police officers in Nigeria, only a negligible 4% of that number are women. The reasons are not far fetched, firstly the nature of work which many consider high risk appears to be unfavourable to women and again there are certain statutory requirements for women who want to join the Force are confronted with unlike their male counterparts and the institution is modelled as a masculine institution either advertently or inadvertently. The Lecture eminently attended by both men and women of the distinguished division of the police force also raised discussions on how we can promote inclusiveness in the force and how the male officers can play a role to ensure that gender bias in the workplace goes extinct or at least minimised. The Statutory provisions mitigating the rights of female police officers were discussed. They are: i. Regulation 128 of the Nigerian Police Regulations 1968, under Section 46 of the Police Act, Cap P19 Laws of the Federation of Nigeria, 2004, Policewomen on duty are prohibited from putting on jewellery except for wedding or engagement rings and /or wristwatches; applying face powder, lipstick or coloured nail polish ii. Police Women are required to place the alphabet ‘W’ before their rank. iii. Compensation, Gratuity and Disability Pensions: provision was made for payment only to “wife‟ or “widow‟. No reference to spouses (husbands) iv. Policewomen married to civilian husbands are disallowed from living in police barracks. v. Travel allowance made only for accompanying ‘wife’ and children. No husbands. vi. According to Regulation 118 of the Nigerian Police Regulations, married women are disqualified from enlisting in the Police; a Police Woman who is single at the time of her enlistment must spend two (2) years in service before applying for permission to marry giving particulars of a fiancé who must be investigated and cleared before permission for marriage is granted. vii. Regulation 125 of the police regulation states that “A married woman police officer shall not be granted any special privileges because she is married and shall be subjected to posting and transfer as it were unmarried.” viii. Regulation 126 of the Police Regulations provides that “A married woman police officer who is pregnant may be granted maternity leave by the provisions of general order (a federal government instruction that regulates the condition of public officials). However, an unmarried woman police officer who is pregnant shall be discharged from the force. ix. Under Regulation 124 of the Police Regulations, a woman police officer who is desirous of marrying must first apply in writing to the commissioner of police for the state command in which she is serving, requesting permission to marry and giving name, address and occupation of the person she intends to marry. Permission will be granted for the marriage if the intended husband is of good character and the woman police officer has served in the force for not less than three years. These provisions are not only discriminatory against women, but they are also infractions of their fundamental rights. More so, there is no corresponding provision for their male counterparts. They are contrary to the police woman’s right to dignity and freedom of choice. The discussion around these statutory provisions revealed that in practice most of them are obeyed in breach. This is a relief, for instance, we learnt that female officers could now live in the barracks with their husbands and children contrary to the Regulation. However, certain provisions are still obeyed to the letter. An example is non-admittance of married women to the Force, thereby making married women not reveal their marital status at the time they are seeking employment. Some still employed retain their maiden name, not as a matter of choice but because they do not want to reveal their marital status until they are well settled in the Force. The major concern as our discussions revealed is that the women demand at least a 6 months maternity leave upon delivery. It is worthy of note that some Divisional Police Officers find a way to relax some of these rules for the benefit of the women officers under them. Some of these statutory provisions have been challenged in court, the Women Empowerment and Legal Aid Initiative (WELA) brought a suit at the Federal High Court in Ikeja, Lagos challenging the constitutionality of the said Regulation 124. Although counsel in the office of the Attorney General of the Federation argued that the regulation was designed to protect women police officers from falling into the hands of criminals and to further prevent women police officers from marrying men of bad character. The court considered that submission as ridiculous and declared the regulation unconstitutional. The court annulled same based on Section 1(3) of the Constitution of the Federal Republic of Nigeria, 1999 as amended which renders void any law or regulation inconsistent with the provisions of the Constitution. Gender inclusiveness is the Nigerian Police Force will not be achieved by a magic wand, but through constant advocacy, having the discussions even when not comfortable, statutory backing and institutionalized change. Thankfully, several associations are at the forefront of this advocacy, an example is the International Association of Women Police (IAWP).

She is a lawyer, teens coach and child rights activist.

Nice work Ginikachi, Chizzy and team. Haven gone through it. I believe I am now enlighten “Each for Equal, championing workplace diversity and inclusion” for members” using Police as a case study. It is indeed a nice piece of work. Keep it up and more grace as you continue to speak out for Africa and the international community.

A very insightful piece on the many challenges faced by females in the Nigerian Police Force. I must say that I am particularly surprised that only 4% of the entire force are females. Shocked that female officers married to civilians can’t live in the staff quarters, needing permission to get married after spending 2 years amongst other bottlenecks. Oh, the marriage clause is to protect the women from marrying bad men, but the men don’t need protection from marrying bad women, right?

Reading this left me wondering if Act of parliament setting up the NPF never envisaged that women will one day join the force and this be the case, why hasn’t the police service commission done something about it.

I am also imagining what the fate of the family of the female police officer who was shot dead by her colleague two weeks ago in Rivers state will be right now.

I commend you all at SOA for lending your voice to seeking for equal treatment and working conditions for females in the NPF and by extension Nigeria, because the truth remains that no female will work up to her maximum capacity/ full potential in a system lacking in equality and equity.

This is an in-depth review of the NPF’s statutory provisions; it is really eye-opening.

Thank you for sharing your findings and congratulations on a successful outing.

Thank you, Nkem, Stella and Ifee. We will keep Speaking Out.

The important thing is to have these discussions, that way we are confronting the issues and eventually seek solutions to them.