When We Truly Become Tired

As Nigerians planned a nationwide protest that was to be led by the music legend, Innocent Idibia (Tu face), Deltans celebrated the return of James Ibori

As Nigerians planned a nationwide protest that was to be led by the music legend, Innocent Idibia (Tu face), Deltans celebrated the return of ‘their illustrious’ son, James Ibori. It was indeed a season of immense celebration for the people of Oghara in Ethiope West LGA of Delta state. 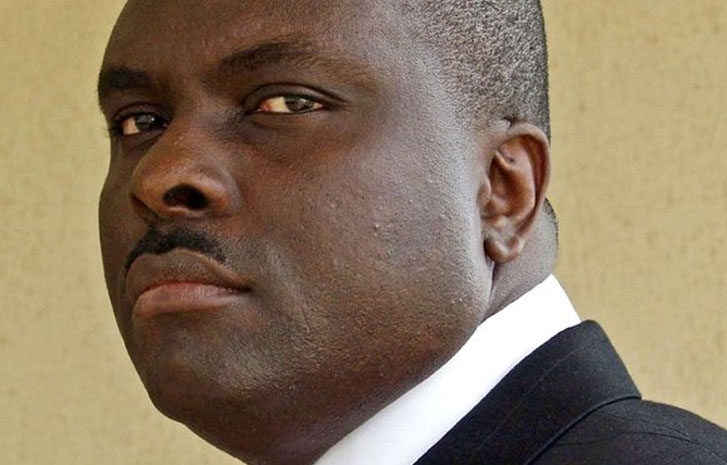 Nigerians were to protest against the poor state of the economy, hyperinflation, near collapse of the Nigerian state, comatose power supply amidst all others. The protest theme was “I am tired”.

Although Nigerians are indeed tired of many things in the country, they are however not yet tired enough to take (an) action(s) towards the change they desire to see. When I talk about Nigerians, I am specifically referring to Nigerian youths.

All over social media, some turned the #IstandwithNigeria protest into an APC/PDP debate; a debate that has become the destined end of many Nigerian national arguments. What we have failed to understand is that we wrestle not against APC and PDP, but against the political elite in the country.

It is common knowledge that politicians in Nigeria are not led by ideologies, but rather, are influenced by the side of the divide that favors their ambition at any point in time hence, the frequent cross-carpeting.

A political elite (Class) refers to a relatively small group of activists who are highly aware and active in politics, and from whom national leadership is largely drawn (Wikipedia). They are the most informed, educated and politically active people who have a strong influence on public officials.

There is also another group of people to whom our protest should be against. This is the ruling class. They are commonly referred to as the political godfathers and king makers who play behind the scenes, but nonetheless, reap the proceeds of the National cake.

The political elite and the ruling class have all their children schooling (or schooled) overseas, and automatically, reproducing another generation of people that are well-read and more experienced than their contemporaries in Nigeria.

These elites travel for medical tourism at the slightest sign of cold or catarrh and would have done so for malaria if not that it is a tropical disease. It is common to see their children in juicy Ministries and Parastatals in Abuja- all they need is a phone call or a letter of introduction to be employed, irrespective of their academic class of degree. They have shortchanged Nigerians by successive embezzlement from the days of military dictatorship, yet, are constantly celebrated in their states and constituencies.

It was rather appalling to see that while the pro-Nigeria protest was going on, some Nigerian youths were handed (paltry) 1000 naira(s) for a pro-Buhari rally. Youths who ought to have taken their lives from these men who have sat in the corridors of power for over 30 years?

I have always been emphatic in stating that what Nigeria needs is a revolution (a sudden, radical or complete change). A revolution centered on an ideology targeted to bring a change in the economy and in socio political organizations. This can only come when youths indeed become tired.

Until we truly become tired, we would have youths who would rather spend hours watching Big Brother Nigeria and even longer hours discussing the housemates- what a blatant waste of human resource. We would have young people who spend hours online feasting on tribal E wars (especially between Yoruba and Igbo youths!!).

The common fear is that a revolution often turns violent and results in loss of lives [For instance, the case of Mohamed Bouazuzi who started the Tunisian revolution by self-immolation]. No one is calling for such drastic suicidal measures, but I would rather see youths become interested in matters of the state and of governance.

We need a fundamental change in our way of thinking, a change in our socioeconomic situation, we above all need to demand that successive governments ensure that a large percentage of their appointments go to people still in their prime (below 50).

In 2015, President Buhari submitted his ministerial list which comprised of four former senators and five former governors including 70-year-old Audu Ogbeh!! No one questions this because we are told we need experienced men in government. Do we not? And has this not kept us a 3rd world country?  With this circle of appointments and reappointments, the political elite usually find ways of remaining in power (whether productive or not).

For the James Ibori celebration, we saw youths massively join in welcoming a villain (with rousing ovation). In 1990, Ibori was arrested for theft from a store and convicted of handling stolen credit card alongside other criminal offences.  His tenure was characterized by theft of public funds, abuse of office and money laundering to the tune of $250 million. Ibori’s return ought to have angered the youths that a man who had mortgaged their future had returned home to live off his ill-gotten wealth.

In warri and indeed, all over the country, petty thieves are lynched and burnt with tyres. Yet, 30mins drive from there; it was a carnival welcome for a man who still has criminal cases pending in court. To worsen this, the federal government has also announced plans to ‘amend’ his court charges!

So while I laud the #IstandwithNigeria protest of 6th February, I realize that we may still have a long way to go. It’s indeed time for us to get involved- we can at least start by reading the 2016 and 2017 budget to know how much is appropriated, and for what; to read the Nigerian constitution, and to follow the President on twitter. Let’s just do something!

For this reason, I celebrate Onyeka Nwelue and his new party, the “Progress Party”. What will become of this party in 2019 is still very uncertain but it is indeed a progressive step towards ousting the existing political class and ushering in a new crop of young and vibrant leaders. A step to show what could possibly happen when we become truly tired.